On Wednesday June 20 the Inaugural Round Ball Night Showcase will be held on the Grounds of Westbourne Grammar School between Overnewton and Westbourne.

Details of this event are as follows.

At 5.00pm their will be a 2x 25min Friendly Mixed Gender Soccer match involving Junior School students of both school on the main soccer pitch.

This will be followed at 6.00pm with an ACS 1st Girls Futsal Match (2 x 20mins) between both schools in the Gymnasium.  The night then culminates with an ACS 1st Boys Soccer match (2 x 40mins) back on the main soccer pitch under lights starting at 7.00pm.

The Friends of Sports Canteen will be in operation and given both Overnewton and Westbourne are Melbourne City College of Football Schools, there will be Melbourne City activities and giveaways.

It promises to be a great night of Round Ball Football featuring boys and girls across a wide age group of both schools.  It would be great to see plenty of support for the Westbourne team from as many members of our community as is possible. 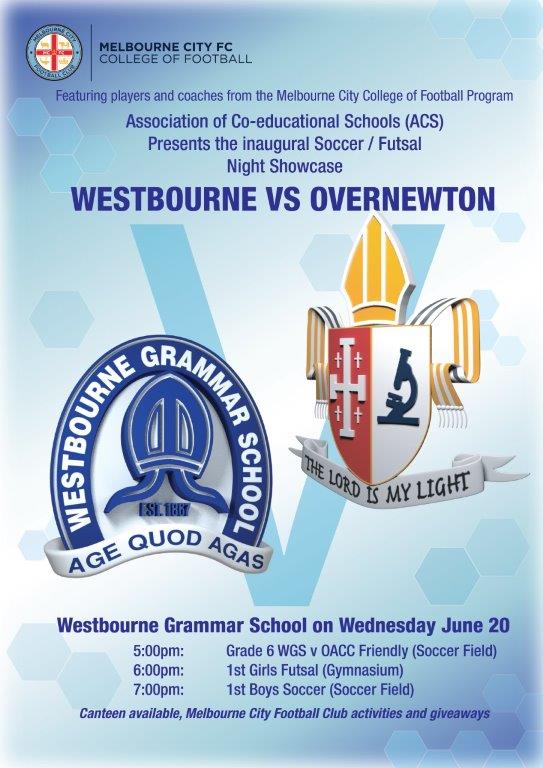