The Senior Piano Competition held on Thursday 21 June, was adjudicated by Alison Kirkpatrick who is a highly experienced and respected piano teacher, performer and examiner in Melbourne.  Alison graduated with two degrees in performing and music education from the University of Melbourne and subsequently studied at the Manhattan School of Music in New York, graduating with a Master’s degree. As a soloist, Alison has performed concertos with orchestras both in the United States and Australia and her repertoire includes Brahm’s Second Piano Concerto, Rachmaninoff’s First Piano Concerto, and works by Schumann, Mozart and Beethoven.

Alison was impressed by the students who took part in the Senior Piano Competition.  In her closing comments to the competitors, she highlighted the scope of music that was presented, ranging from classical to jazz and pieces that were technically challenging while others required considerable musical interpretation.  Alison also mentioned that it was difficult to separate the performers and that consideration was given to how accurate and stylistically aware their performances were.  Alison gave an insightful history of the piano, mentioning that the modern grand pianos were vastly different from the pianos of Beethoven and Chopin’s time, and that a performer needed to be aware of the differences so as to produce correct pedalling and tone.  In the intermediate section of the competition, first place was awarded to Alex Que Hee (7H) for his technically accurate and musical performance of ‘Little Fantasy’ by Eugen Gayhros.   An honourable mention was awarded to Bonnie Wu (7P) for her musically sensitive performance of ‘Little Song’ by Kieren Bailey. 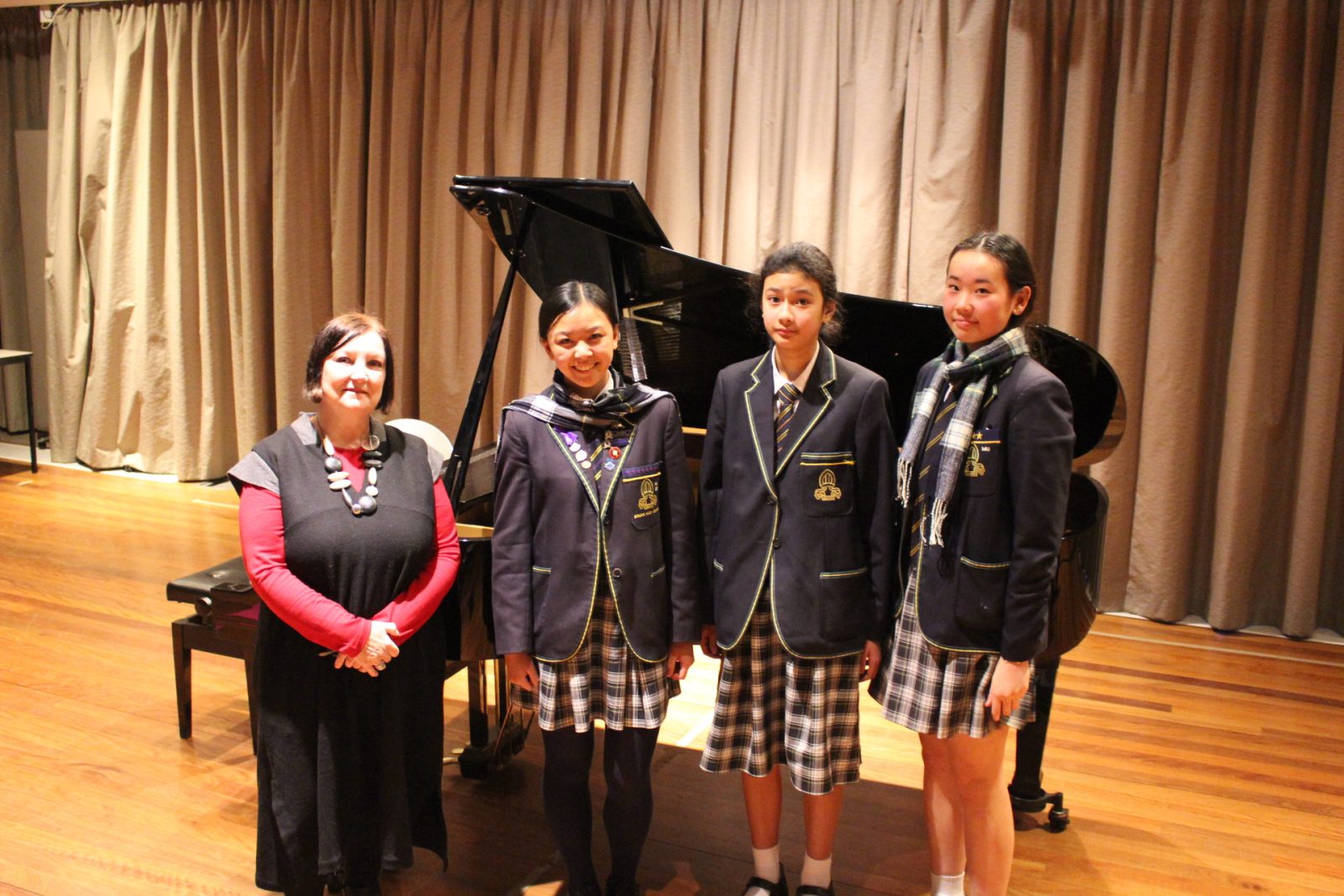 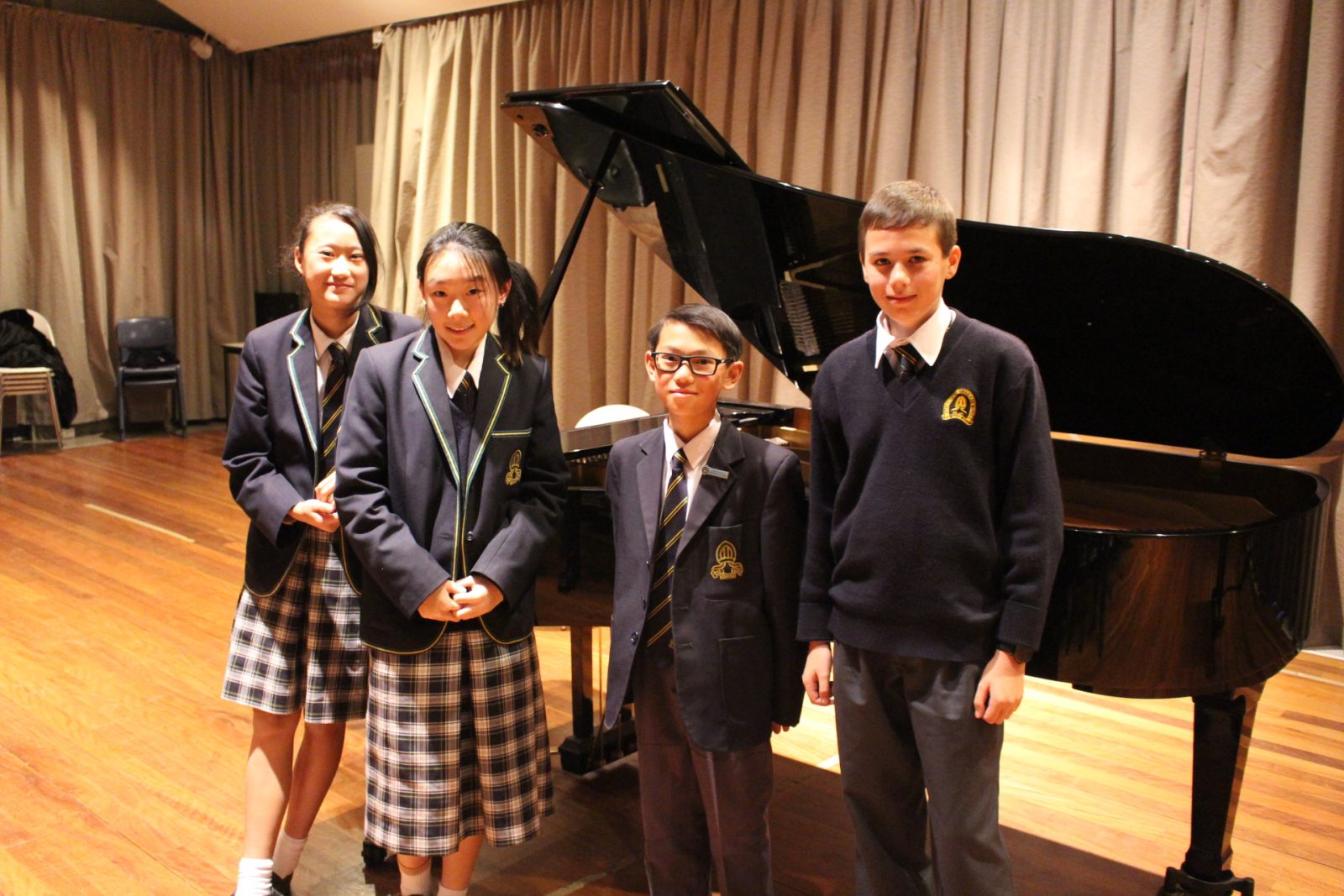 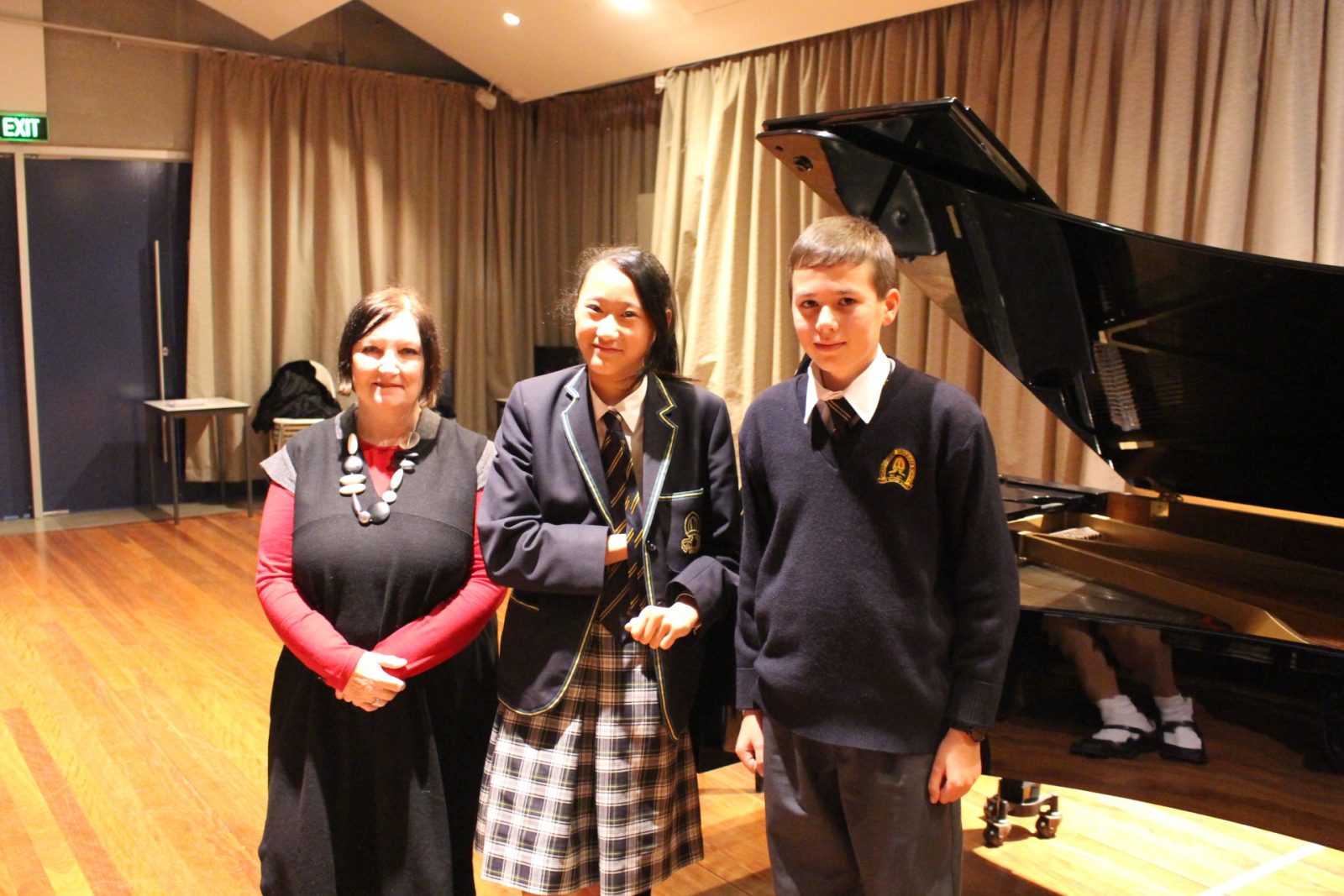 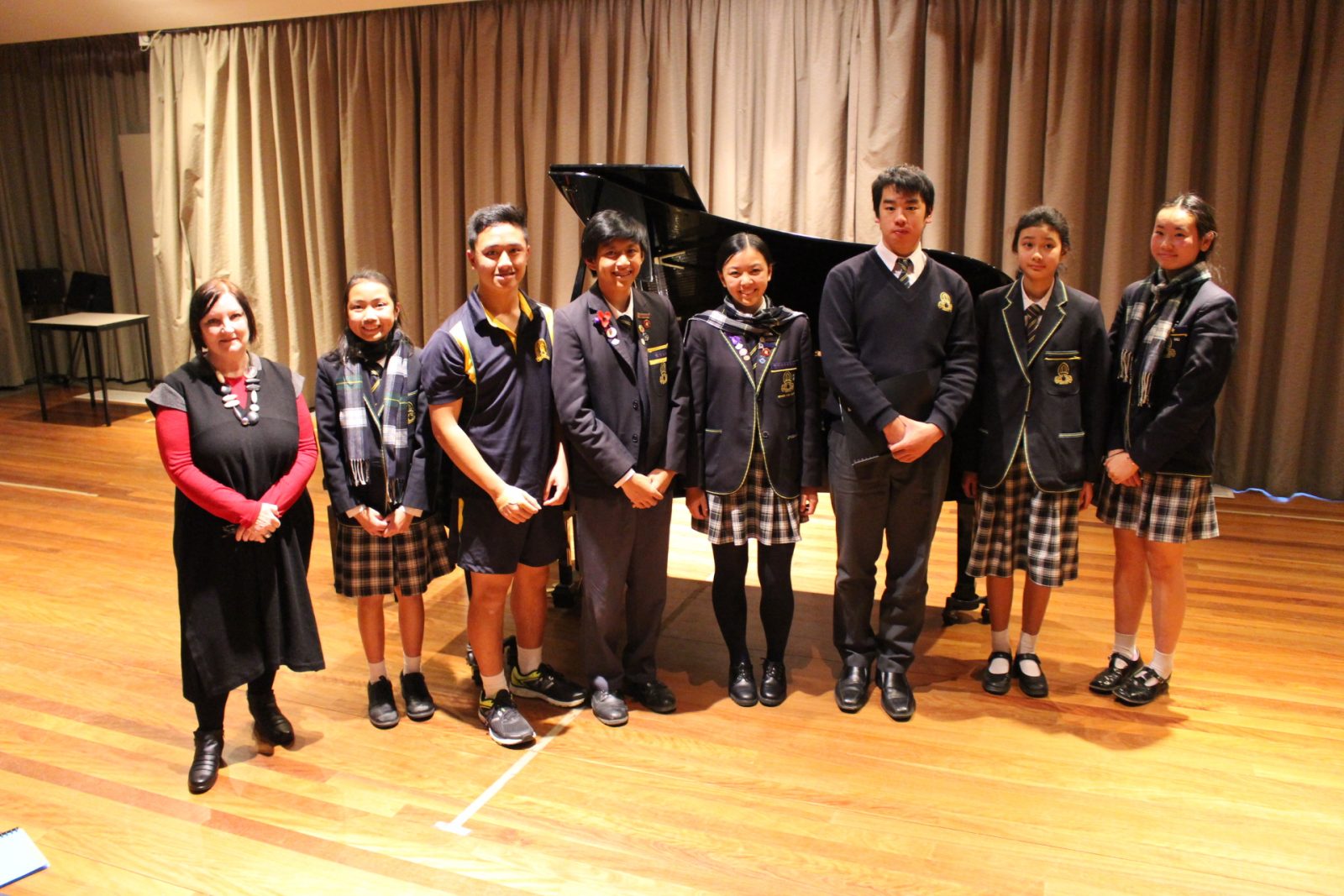 In advanced section of the competition, Maggie Zhao (11S) was awarded first place for her lyrical, accurate and beautiful interpretation of Chopin’s Nocturne in F# Major, Op. 15 No. 2.  Equal second place was awarded to Emily Jinu (12S) for her musical and sensitive performance of ‘Rondeau en Polonaise’ from Mozart’s Sonata in D, K 284 and Arrifa Nasarudin (10D) for her polished and impressive performance of Eccosaises WoO86 by Beethoven.  Maggie Zhao will perform the Chopin Nocturne at this year’s Annual Concert in the recital centre.

Alison Kirkpatrick commended all of the performers for the high standard of their playing.