Last Monday 22 October, the Year 6 students were involved in a whole day incursion which aimed to introduce them to the challenges of starting and running a small business.  The students worked in small, collaborative groups to come up with a smoothie to sell to their target audience.  The groups formed a business that needed to formulate a company name, logo and general branding.  They then came up with agreed principles that all group members agreed to abide by before beginning their first smoothie recipe.

Recipes were named, tasted, offered for market research and then refined.  Students looked at the nutritional values of their creations as well as the costings and profit of their product before finally pitching their idea to their peers and teachers. 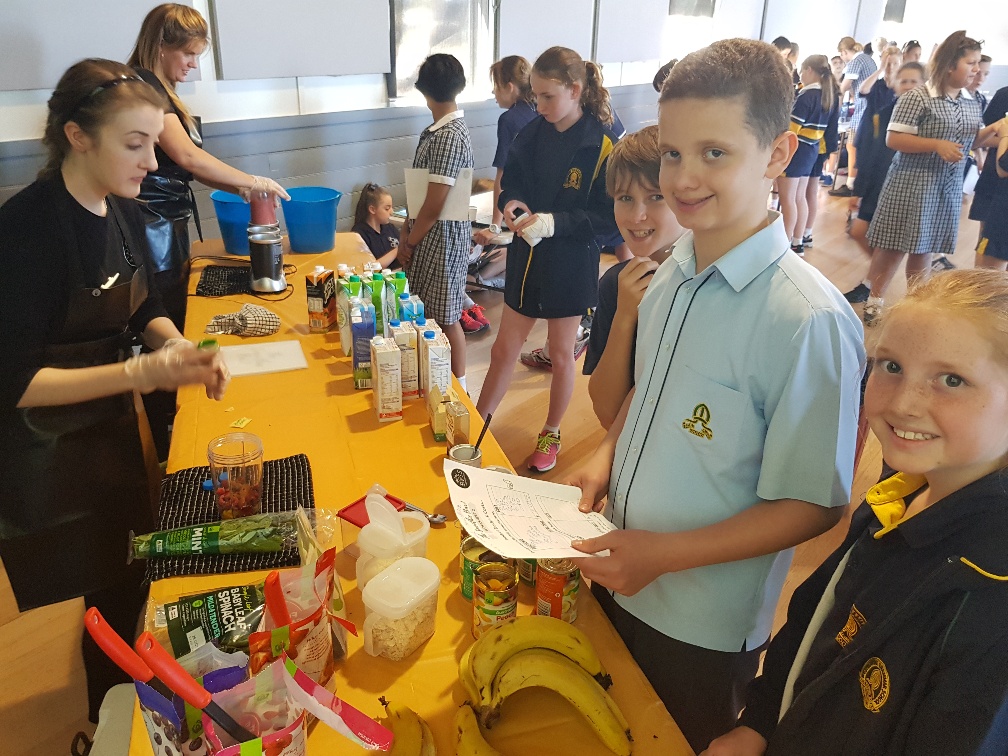 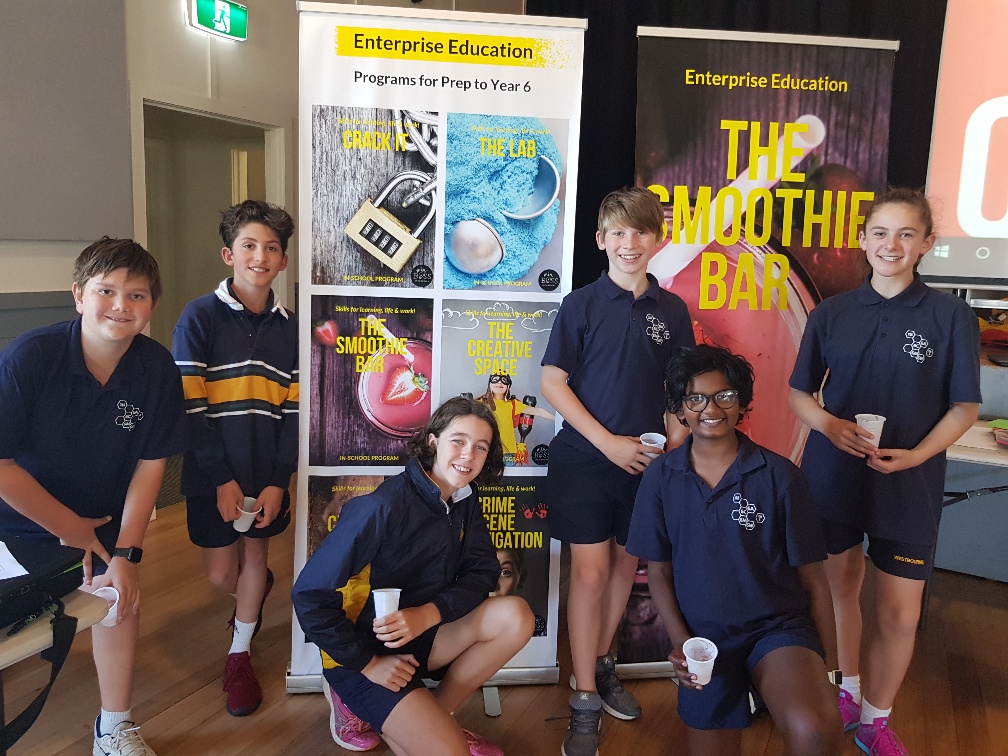 We were amazed with the quality of work the students completed within one day and the final competition was a close one.  We heard jingles, saw dances and enjoyed commercials during the final judging with our ultimate winners crowned at the end of a fantastic day.  Congratulations to the Smoothie Central group from 6A, who were chosen as our winners for their amazing presentation.

We look forward to seeing what the future has in store for these budding entrepreneurs.